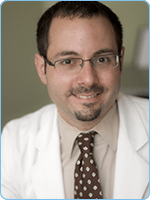 Dr. Kevin Jovanovic is board certified in Obstetrics and Gynecology. He completed four years of training at Yale University School of Medicine in New Haven, CT, where he helped run the Yale University Women’s Center; it serves over 35,000 patients a year.

Trained in the newest and most advanced laparoscopy and hysteroscopy surgical techniques, Dr. Jovanovic has received Yale University’s Outstanding Laparoscopic Surgeon Award for 2004. He has been exceptionally trained in high risk obstetrics, infertility, chronic pelvic pain and urogynecology. In addition, he has received extensive post graduate training in Cosmetic Surgery including Tumescent Liposuction, Botox/Filler, laser hair and vein removal, and sclerotherapy. He has completed the prestigious Laser Vaginal Rejuvenation Institute fellowship in Beverly Hills, California with Dr. David Matlock. He has founded the Laser Vaginal Rejuvenation Institute of New York City.

He has received the 2006 Top Plastic Surgeons Award in the field of cosmetic surgery. He was recently appointed as an Associate Professor of Ob/Gyn at Lenox Hill Hospital.

He attended the Bronx High School of Science in Bronx, NY, then graduated with honors from Duke University in Durham, NC and the Albert Einstein College of Medicine in Bronx, NY. 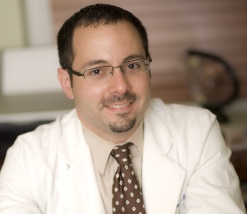 Dr. Jovanovic is Yale trained and a Board Certified OBGYN, giving you peace of mind.

Watch our informative video to learn more about our office and our procedures.

Get the medical counsel you need when you meet with our Board Certified OBGYN.